Oh, the lies I can tell myself.

When I launched my virtual assistant business, the husband and I sat down and had a conversation about our income potential. I was quitting a full-time job with benefits, and while we weren’t rich, it was still a steady income.

“I don’t care about money,” I said. “I just want to earn enough to pay the bills.”

I can almost see you nodding your head over there. You’ve probably said something similar. Maybe you even meant it.

I certainly meant it (or at least I thought I did). In reality though, this was nothing more than a limiting belief, and I was giving it control over my future success.

We learn our belief systems as very little children, and then we move through life creating experiences to match our beliefs. Look back in your own life and notice how often you have gone through the same experience.”

A few weeks ago, a Facebook friend asked a question that got me thinking about where this particular belief came from.

“What’s your earliest memory about money?”

Mine is my dad sitting at the little desk in the corner of our dining room, writing checks to pay the bills. I was maybe ten–old enough to understand that’s what he was doing, but young enough to not fully understand how much he earned or what our family expenses were.

But I was definitely old enough to understand that bill paying was not a fun time. Dad was always angry when he was done, and I did my best to stay out of his way on those days.

I was also young enough that the stress of it made a big impression on me.

The result? A lifelong limiting belief that convinced me money is bad. It causes pain and anger and there’s never enough.

So when I set out to build a business, my limiting belief told me that since money is bad and brings nothing but trouble, I better not focus on it. No need to make or want more, because it would just cause problems in my life.

You Don’t Outgrow Your Limiting Beliefs

Unlike posters on your bedroom wall and rollerskates and stuffed animals, those limiting beliefs don’t get left behind when we grow up. They follow us into adulthood.

Where–because sometimes money is a little tight and you feel like you’re always juggling bills and never really getting ahead–you tell yourself you can’t invest in your business.

Where well-meaning friends and family look at you as if you’ve suggested serving the cat for dinner when you drop the “I’m going to start a business” bomb over drinks one Friday night.

And where–when you finally do start making some cash on the side and you work up the courage to quit your job–your ill-tempered boss reminds you “not to burn any bridges.”

Because of course you’re going to fail.

That voice in your head and the sideways glances and snarky comments all feed those dangerous limiting beliefs. That’s when the real tragedy happens.

You can imagine what this kind of limiting belief did to me–even when I didn’t realize I believed it.

It made me second guess my pricing, and even when my rates were a mere $15 per hour my voice would crack and my hands would sweat if I had to actually say that out loud.

It made me self-sabotage and procrastinate responding to potential clients to the point that they hired other providers.

It made me resist charging for my experise rather than my time.

It made me put off raising my rates for years, for fear my clients would leave me.

But it’s not just money beliefs that can mess with the minds of aspiring entrepreneurs.

5 More Dangerous Limiting Beliefs (Lies) That Hold You Back

There are dozens more, but when it comes to business, these are the ones that haunt me. Late at night when yet another day has gone by and you feel like you’re still struggling to make any progress, maybe the voice in your head is whispering something similar.

Don’t you believe it. That voice is a liar.

You are good enough. And so am I. And so is everyone who’s out there doing something. Even if what you’re doing right now isn’t perfect or isn’t as fabulous as it could be, it’s a million times better than if you did nothing at all.

You do have the time/money/talent/brains. You have everything you need. Even if it’s only 20 minutes per day and a $10 per month budget, that’s enough to create a website to showcase the services you offer and maybe take on a small client project for an hour each week. Few people start at the top, so do what you can right now with what you have. It’s enough for now.

It is the right time. I love to pull out this old Chinese proverb: “The best time to plant a tree was 20 years ago. The second best time is now.” Do you really want to still be “thinking about starting a business” in five years?

Your ideal client is out there. She’s looking for you. She needs you. And it is your responsibility to reach her with your greatness. No other service provider is the perfect fit that you are.

You are capable of doing great things–and finishing them. Yes, even if your knitting cabinet is filled with unfinished projects and you’ve abandoned seven blogs in four years and your hard drive is littered with courses you’ve never completed. None of that matters. All that matters is that you start your business believing you will be a success.

Tell Yourself a Different Story

The limiting belief phenomenon is well documented. One study called belief perseverance “one of social psychology’s most reliable phenomena.”

So what can you do?

The only thing that’s keeping you from getting what you want is the story you keep telling yourself.

Before you can write a new story, you have to acknowledge what the old story says. What are your personal limiting beliefs? What does that voice in your head say to you? That you’re not smart enough? That you don’t come from a family of entrepreneurs? That you don’t have any marketable skills? That you’re just not cut out to be a business owner?

Write them down. Put it out there on paper where you can see it and where the light of day and reality can expose it for what it is: lies.

Once you recognize your limiting beliefs for what they are, it’s time to re-write them. Flip them on their head. Write a new story.

You ARE smart. You DO have skills. You CAN learn to run a profitable business.

Of course, this is not as easy as I’m making it sound–but if it was, we wouldn’t be having this conversation, would we?

Here’s the problem: the negative beliefs are easier to remember. If you’ve ever laid awake at night replaying that hurtful thing you said to your sister-in-law at lunch or the stupid thing you said to your boss in a meeting, then you know what I’m saying. In fact, that’s how we get into this limiting belief mess to start with. It’s just how we’re wired, and it’s easy to feel trapped by your own mind.

But it doesn’t have to stay that way.

Keep working at it. Keep reinforcing your new story, and pretty soon it will become your reality.

This is what “fake it til you make it” is really referring to. Act as if you already are the smart, skilled, successful business owner you’re going to become. When you struggle, instead of telling yourself that tired old, “I’m just not cut out for this” lie, reframe it.

Ask yourself, “If I were a savvy business owner, how would I do this?”

Then go be that person. Easily fill your funnels with these inspiring, informative, and engaging freebies your subscribers will be eager to download! 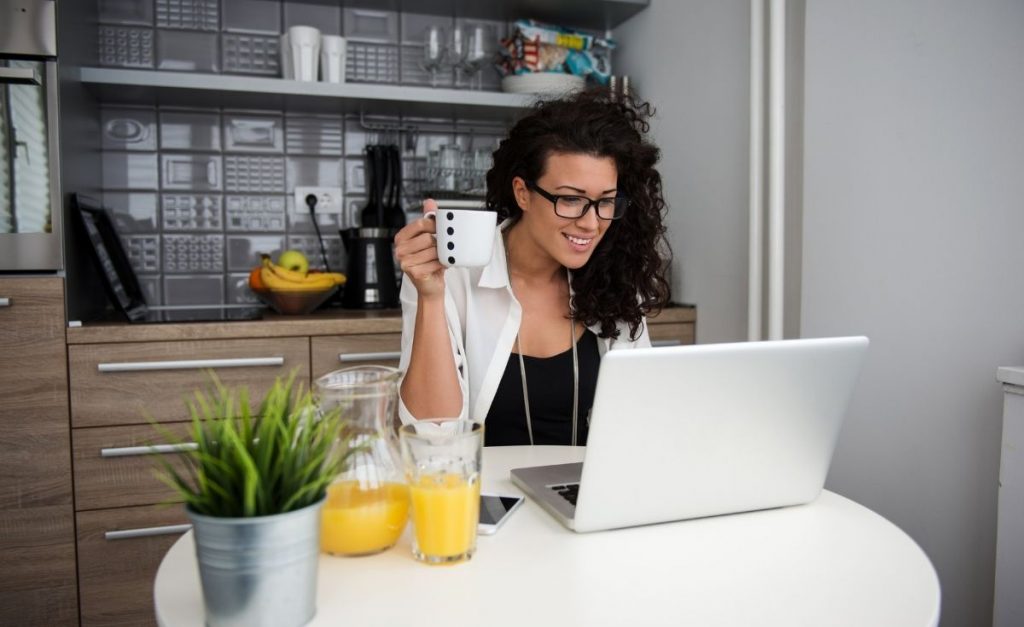 Out of control inbox stressing you out? Virtual service providers rely on email and these 5 steps will clear out the chaos and help keep… 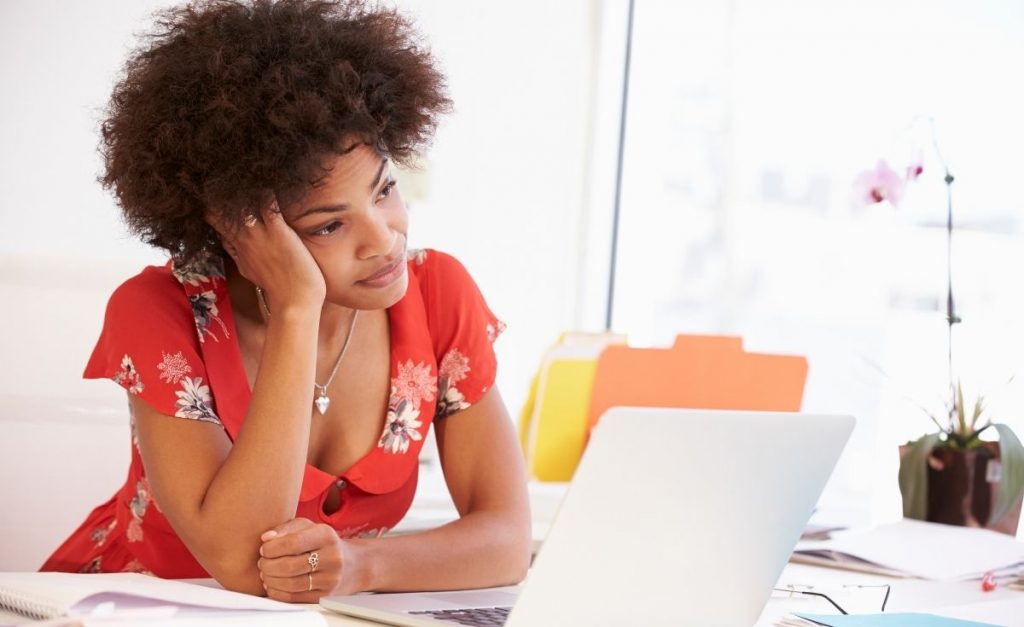 You know what no one told me when I was getting ready to quit my day job and go into business for myself? How much… 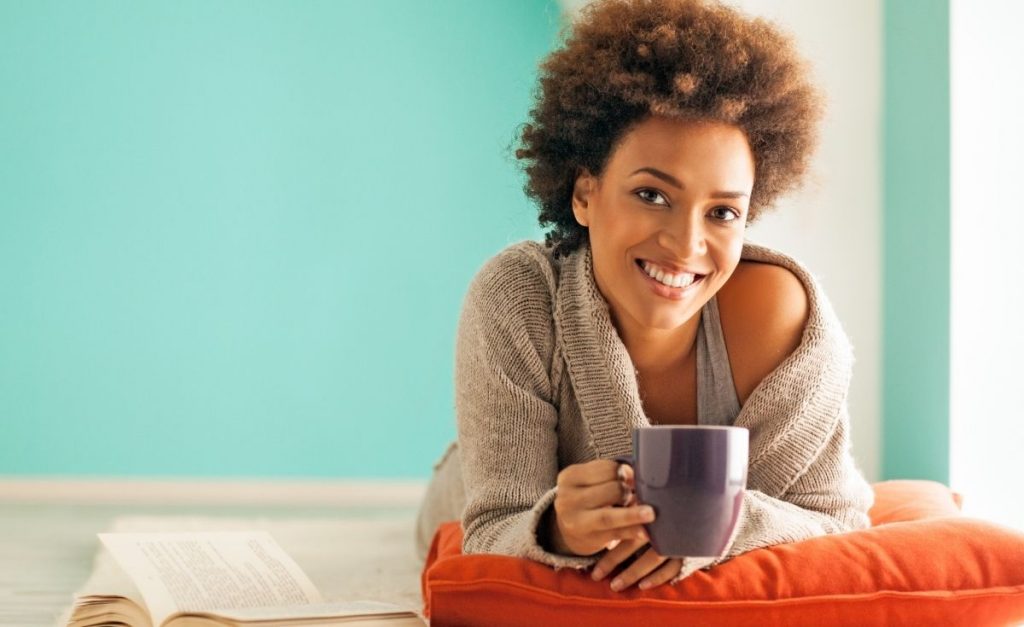 If your to-do list never seems to get any shorter and you wake up every day feeling overwhelmed and overworked, try some of these productivity…